A cycling vacation in Southern Italy is sure to capture your heart as you take time to indulge in a slower paced lifestyle.

Whether you prefer to discover ancient architectural gems on your own two wheels or if you prefer to climb the vast, epic mountain pistes, our legendary guided bike tours won't disappoint.

Join our unique cycle route along the Apulian aqueducts!

Just close your eyes and imagine yourself surrounded by nature and dry stone walls, wildflowers, almond trees and expanses of olive groves.

The Aqueduct Cycle Route, following the walkways of the centuries-old gallery of the Apulian Aqueduct, starts in Figazzano, a district of Cisternino, before ending in Ceglie Messapica.

This is not simply a bike trail: the Aqueduct Cycle Route is a real surprise as it passes historic trulli and long grassy roads dotted with typical Mediterranean shrubs, such as hawthorn, ivy, thyme, holm oak, downy oak and wild orchids.

Puglia is an ideal destination for a bicycle tour, combining the best of Italian cuisine and wine with scenic bicycling through rolling hills dotted with vineyards and farms.

From Ostuni to Torre Canne/Savelletri or Santa Sabina.

This road was built by emperor Trajan in the year 109 before Christ, in order to connect Rome with Brindisi. It ran close to the Appian way. In the middle ages the crusaders used it to reach Brindisi where they would hire ships to go and fight in the holy land. We will visit important medieval churches like Saint Lawrence, Seppanibale and Lama d’Antico, as well as farmhouses (Masserias) dating back to the 1500’s . Lunch at “Forcatella” great fish and sea urchins. 125 Euros pp. with lunch.

Bike Tour B. Saturday (Sabato) The Olive Ride: from Ostuni to Ceglie Messapica.

Lunch at Masseria Sant'Elia in Alberobello.

The perfect tour for those looking to combine the fun and adventure of biking through the Apulian countryside with a more relaxed and easy-going wine country experience. Our van will collect you  from your hotel and take you to the meeting point in Locorotondo where your bike tour will begin. You'll cycle at your own pace (in a small group!) on peaceful country lanes, through an endless panorama of vineyards, olive groves and centuries-old stone farmhouses. Yes, there are a few hills, but rest stops are frequent as you are guided to a fantastic organic winery.

Bike Tour D : Monday (Lunedi)  The Delights of the Apulian countryside including a light lunch

Time and Day: 9am to 1pm approx. Monday (Lunedi)

Our van will collect you from your hotel and take you to the starting point in Figazzano where you will follow the route of an aqueduct through scenic woodland. Lunch in a Masseria:  Friselline con pomodorini (baby tomatoes), salame, mozzarella and Giuncata (fresh skimmed cheese) served with crudities, bread and fruit and accompanied by local wine.

These bikes feature state of the art technology and are a fantastic option for bicycle travelers who need a little push. Although you still have to pedal the E-bike drive provides a nice boost for your efforts. For example when your pedal stroke increases to get up a hill so does the amount of power the electric motor outputs. Less effort on your part translates to less power assist.

You can visit the historic city centre of Lecce (restricted traffic area) in 2-3 hours following a knowledgeable and experienced guide.

You'll find out  the secrets that hide throughout the streets, the alleys, the courts that make Lecce one of the most beautiful cities in South Italy.

Starting point of the itinerary is the church of Panetti, in the village of Acquarica del Capo, rich in history and culture, within easy reach of the railway lines travelling to the provincial Southeast, or easily accessible by bus or car.

In the surrounding area, we can visit the Masseria Gelsorizzo, settled in a complex with a fortified tower, with its chapel, the underground oil mill (trappito), the dovecote tower, typical of the area,the road surface is flat and in good condition, to allow easy passing ability.

From the Square of Acquarica, we head towards the exit of the village, in the direction of nearby Presicce,another testimony of the history of Salento, rich in ancient aristocratic Palaces, along with baroque architecture scattered at every turn and scents of wild ivy,From the square, only a short distance on our right, the Palazzo Alberti, overlooking the beautiful centre, just a few metres away appears the churchyard of St. Andrew and the Votive Column dedicated to the saint. When we continue down the road that will lead us out of the town of Presicce.

We are now outside the town.

The environment, at this point, is very diverse and characterized by the typical dry stone walls, by pagghiare, the mess, the farms and canals and the natural vegetation and large expanses of olive trees, and the strong smell of salt from the countryside ' grass and earth reddened by the sun.

In this point of the route, we are in the territory of Salve, where we find the Chapel of the Holy Lasi, and a rest area, allow a short rest.

A small road will create problems for the descent, but the journey is short and easily explored on foot.

Pedaling, you get to Patu, a small town of the territory Leuca, is where we can visit important monuments like the Centopietre, which is said to have been a family tomb, built in the space in front of the Church of St. John the Baptist, the Castle and the Church matrix.

Leaving the small fraction, and by returning back to Gagliano, cross the center, heading towards Salignano, we come to Castrignano del Capo, from Borgo Terra and the Parish: from this point, take the direction for S. Maria di Leuca, the final leg of our journey.In all this we recognize S. Maria di Leuca, resting on one of the most beautiful stretches of water in the Mediterranean and the very tip of a coastline full of nature, colors, overlooking the sea, where you look out from the terraces of the beautiful villas, in full moon nights

With its sunny climate and stunning landscapes, Puglia offers some of the best bike-riding experiences in the world. We will be riding our bikes on friendly roads, past medieval villages on rolling farmland and along the coast. Our tour starts from Matera, a great destination in its own right..

Welcome to Matera, check-in at your Hotel (La Suite or Palazzo degli Abati or similar) and dinner at "Abbondanza", one of the best restaurants in the area.

Walking tour of the old town dating back to 2,000 years ago, recently hosted the last James Bond movie, "no time to die".

You’ll enjoy a great lunch at “Falco Grillaio” in the old town and afterwards a visit to the famous “Sassi” (ancient cave dwellings) and Ruperian churches allowing you to step back in history. In the afternoon visit the “cave of the original sin” showing scenes from the old and new testament in a cycle of frescoes dating from the 9th century AD. In addition, you’ll have free time for shopping and to explore the city at your leisure.

After breakfast, we will cycle out of Matera exploring the unique landscape of a natural preservation area. The site is a calcareous highland plateau characterised by deep ravines (gravine) with ancient cave churches, shepherd tracks, wells and fortified farmhouses. The plateau shows evidence of human settlement for over 2000 years.

Day 4 Matera to Polignano a Mare

After breakfast we will shuttle to Alberobello, the Unesco world heritage site built entirely of trulli, circular shaped buildings with conical rooves made of unmortered stone. We then ride to Polignano a Mare (on the Adriatic cliffs) home town of singer Domenico Modugno, where many artisans still work metal, glass and stone artifacts. From the many balconies we can see the sea crashing to the rocks below. Lunch at incredible Chichibio in Polignano a Mare (on the Adriatic cliffs). Shuttle to Ostuni, Hotel Monte Sarago. The town has a beautiful 'centro storico' (historic centre) with whitewashed buildings, narrow winding streets and a magnificent Cathedral famed for its rose window.

Day 5 From Ostuni to Torre Canne along the coast.

Today we cycle from Ostuni heading east to the Adriatic coast, meandering along quiet country roads along the coast with wonderful views of the Adriatic coastline and olive groves. We ride our bikes through a natural preservation area and we will stop at a beach club for lunch and a swim in our crystal clear waters. after a picnic lunch we will shuttle to a charming 17th century farmhouse where our chef will lead us into a culinary journey and teach us the art of making pasta, focaccia, eggplant parmesan as well as deliciuos local desserts. After the hands on cooking class we will have dinner all together and then shuttle back to our hotel in Ostuni.

Day 6 Ostuni to Cisternino and Locorotondo

Today we will cycle to Cisternino and Locorotondo, two picturesque hilltop towns whose Greek influence is apparent in their whitewashed exteriors. Along the route we will ride through the valley d'Itria, meandering through scenes of olive trees and we will also see both old and renovated trulli in their natural surroundings.

Today we will head to the southern coast of Puglia, initially by bus to Porto Cesareo, and then we will ride our bikes along the amazing coast with sand dunes and memorable views. After a picnic lunch by the sea, we will cycle to Gallipoli.

Gallipoli, from the Greek Kallipolis meaning beautiful city, it is a fishing village on the coast of southern Puglia. Gallipoli's Old Town, built on an island now connected to the mainland by a bridge, is picturesque and a nice place to stroll through its maze of alleys. The 17th century Baroque Sant' Agata Cathedral is in the center of the town. We will have dinner at fantastic Puritate one of the best fish restaurant in Italy, visit an ancient oil mill (Palazzo Granafei) and a winery in Nardo’ (with tasting of 5 award winning wines) as well as its fantastic baroque cathedral.

Day 8 from Gallipoli to Leuca

Today we will ride down to Santa Maria di Leuca and have lunch at Hosteria del Pardo. Wine tastings at Castel di Salve and perhaps a nice swim at Tricase’s crystal waters. Today we will enjoy beautiful views of olive groves and the sea as we cycle along the coast. We will also pass a natural preservation area, Porto Selvaggio.

Day 9 from Leuca to Otranto

After breakfast, we will  shuttle to Santa Maria di Leuca and from there we will start a bike tour to Otranto, one of Puglia’s most vibrant towns. Otranto overlooks a pretty harbour on the turquoise Adriatic coast. There are fanciful tales that King Minos was here and St Peter is supposed to have celebrated the first Western Mass here. A more definite historical event is the Sack of Otranto in 1480, when 18,000 Turks led by Ahmet Pasha besieged the town.

From Otranto we dip your toes in the crystal clear aquamarine waters of the Adriatic. When we reach the tip of the boot, we’ll feast at either “Hosteria del Pardo” in Santa Maria di Leuca traditional Pugliese cuisine such as mussels, fish, local cheeses, fresh-baked bread, and pasta. After lunch we’ll tour the centuries old Castel Di Salve winery that brings together wines produced from four of their vineyards which, though geographically very close, actually fall into four distinct microclimates and soil environments. You’ll have a chance to taste them all!

After breakfast, we will shuttle to Lecce, known as the Florence of the South, for a walk in the historical city centre famed for its Baroque architecture. Transfer to Brindisi or Bari airport (included). 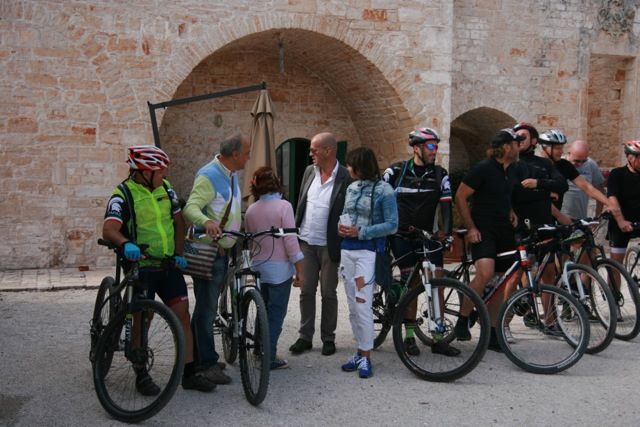 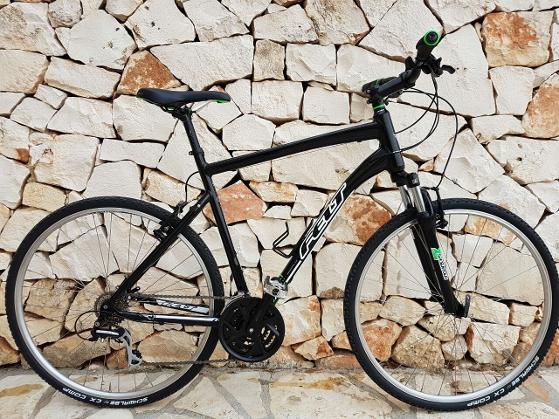